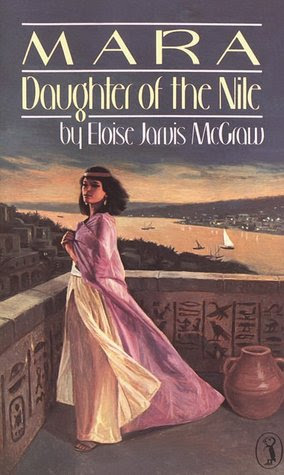 Mara: Daughter of the Nile by Eloise Jarvis McGraw
Mara is a proud and beautiful slave girl who yearns for freedom. In order to gain it, she finds herself playing the dangerous role of double spy for two arch enemies - each of whom supports a contender for the throne of Egypt.

Against her will, Mara finds herself falling in love with one of her masters, the noble Sheftu, and she starts to believe in his plans of restoring Thutmose III to the throne. But just when Mara is ready to offer Sheftu her help and her heart, her duplicity is discovered, and a battle ensues in which both Mara's life and the fate of Egypt are at stake. 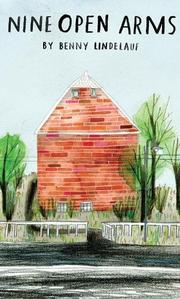 Nine Open Arms by Benny Lindelauf
Nine Open Arms, a vivid historical novel, is compellingly mysterious as well as dramatic, humorous, and entertaining. A ghost story, a fantasy, and a family saga all wrapped into one, this highly-awarded novel begins with the Boon family's move to an isolated, dilapidated house - a house that seems to have turned its back on the world.

It is the summer of 1937. Nine people - a father, a grandmother, four sons, and three daughters - set out for what seems like the edge of the world: a house at the end of a long, dusty road. Is this house the site of a "tragical tragedy," as one daughter believes, or an end to all their worries as their father hopes? 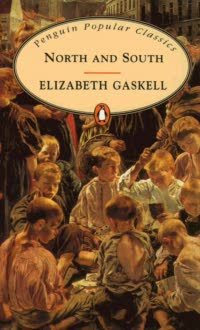 North and South by Elizabeth Gaskell

(Don't You) Forget About Me by Kate Karyus Quinn
Welcome to Gardnerville. A place where no one gets sick, and no one ever dies . . . of natural causes.

But there's a price to pay for paradise. Every four years, the strange power that fuels the town takes its toll and a teenager commits a horrible crime - a crime that sends other teens to their graves. And every four years, the killer is locked up in the reformatory, only to emerge years later, a shell of their former self.

Four years ago, Skylar's sister, Piper, was taken away after leading her classmates onto the trestle bridge and commanding them to jump to their deaths. Since then, Skylar has lived in a numb haze, waiting for Piper to be released. But the secrets Piper left behind keep taunting Skylar - whispering that the only way to truly get her sister back is to stop Gardnerville's murderous cycle once and for all. 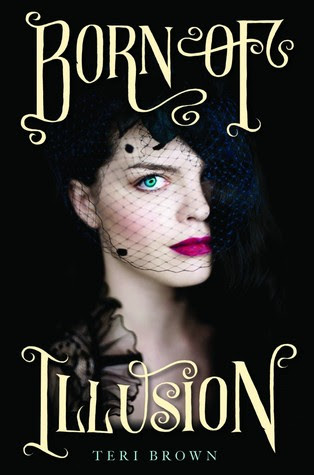 Born of Illusion by Teri Brown
Anna Van Housen has a secret. A gifted illusionist, Anna assists her mother, the renowned medium Marguerite Van Housen, in her stage show and seances, easily navigating the underground world of magicians and mentalists in 1920s New York. For Anna, the illegitimate daughter of Harry Houdini - or so Marguerite claims - handcuffs and sleight-of-hand illusions have never been much of a challenge. The real trick is keeping her own gifts secret from her mother: because while Marguerite's powers may be a sham, Anna possesses a true ability to sense people's feelings and foretell the future.

But as Anna's powers intensify, she experiences frightening visions of her mother in peril, which lead her to explore the abilities she's tried so long to hide. And when a mysterious young man named Cole moves into the flat downstairs, introducing Anna to a society that studies people with gifts like hers, she begins to wonder if there's more to life than keeping secrets.

As her visions become darker and her powers spin out of her control, Anna is forced to rethink all she's ever known. Is her mother truly in danger, or are Anna's visions merely illusions? And could the great Houdini really be her father, or is it just another of Marguerite's tricks? 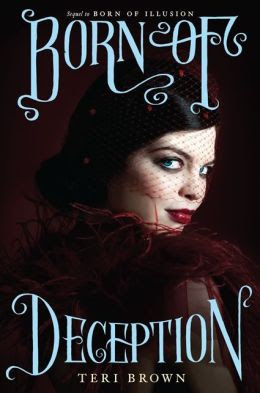 Born of Deception by Teri Brown
Budding illusionist Anna van Housen is on top of the world. After scoring a spot on a prestigious European vaudeville tour, she's moving to London to chase her dream and to join the Society for Psychical Research, an underground group for Sensitives, people like her with psychic abilities. Along with her handsome beau, Cole Archer, Anna is prepared to take the city by storm.

But when Anna arrives in London, she finds the Society in a turmoil. Sensitives are disappearing, and without a suspect, the group's members are turning on one another. Could the kidnapper be someone within the Society itself - or has the nefarious Dr. Boyle followed them to London?

As secrets about the Society are revealed and Cole and Anna begin to unravel the case, they find themselves at odds, their plans for romance in London having vanished. With her life in danger and her relationship fizzling, can Anna find a way to track down the kidnapper before he makes her his next victim - or will she have to pay the ultimate price for her powers? 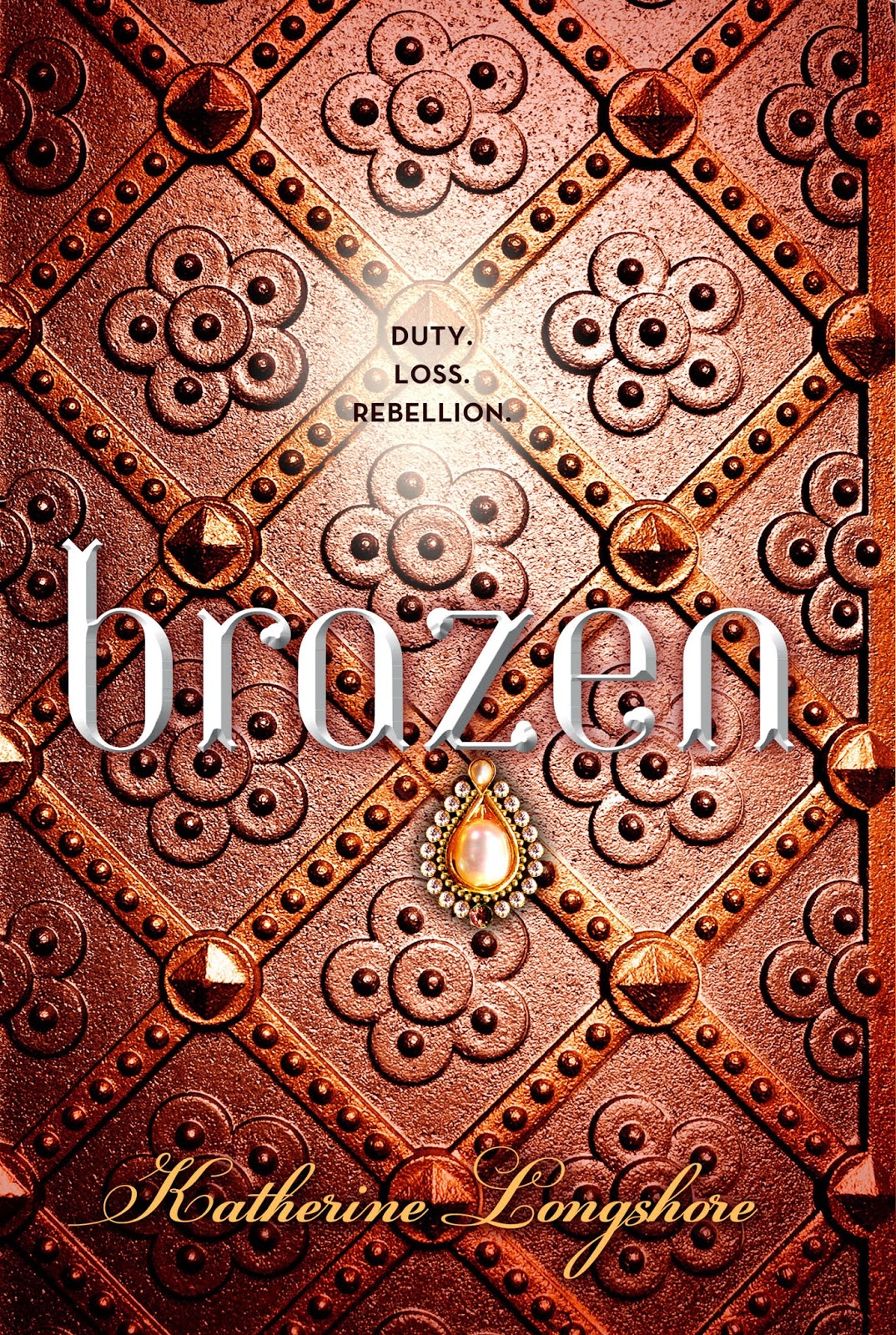 Brazen by Katherine Longshore
Mary Howard has always lived in the shadows of her powerful family. But when she's married off to Henry Fitzroy, King Henry VIII's illegitimate son, she rockets into the Tudor court's inner circle. Mary and "Fitz" join a tight clique of rebels who test the boundaries of the court's strict rules with their games, dares, and flirtations. The more Mary gets to know Fitz, the harder she falls for him, but she is forbidden from seeing him alone. The rules of court were made to be pushed . . . but pushing them too far means certain death. Is true love worth dying for? 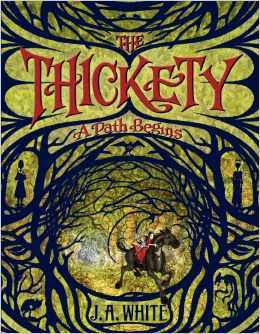 The Thickety by J. A. White
When Kara Westfall was six years old, her mother was convicted of the worst of all crimes: witchcraft. Years later, Kara and her little brother, Taff, are still shunned by the people of their village, who believe that nothing is more evil than magic . . . except, perhaps, the mysterious forest that covers nearly the entire island. It has many names, this place. Sometimes it is called the Dark Wood, or Sordyr's Realm. But mostly it's called the Thickety.

The villagers live in fear of the Thickety, and the terrible creatures that live there. But when an unusual bird lures Kara into the forbidden forest, she discovers a strange book with unspeakable powers. A book that might have belonged to her mother.

And that is just the beginning of the story. 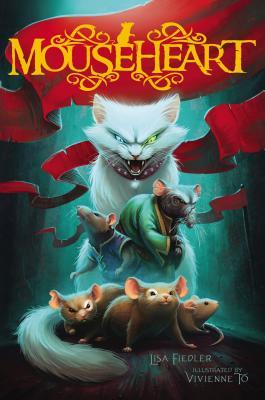 Mouseheart by Lisa Fiedler
Hopper is just an ordinary pet-shop mouse - until he escapes. Soon he finds himself below the bustling streets of Brooklyn, deep within the untamed tangles of transit tunnels, and in Atlantia, a glorious utopian rat civilization.

But all is not as it seems. Hopper misses Pinkie and Pup, the siblings he lost in the escape attempt. Atlantia is constantly threatened by roving rebels who wish to bring the city to its knees. And there are cats everywhere, cats who would normally eat a rodent in a second, but leave the rats unharmed . . . and no one can seem to answer why.

Soon Hopper is caught in the crosshairs of an epic battle, one that spans generations and species. As the clashes rage, Hopper learns terrible, extraordinary secrets. Deadly secrets about Atlantia. Painful secrets about his friends.

And one powerful secret about himself.

The Spy Catchers of Maple Hill by Megan Frazer Blakemore
It's the fall of 1953, and Hazel Kaplansky is ready for a mystery. She's read every Nancy Drew story and is excellent when it comes to surveillance. So as rumors begin to swirl that a Russian spy has infiltrated her sleepy town of Maple Hill, Vermont, Hazel accepts her mission to find the spy before any damage is done. When a quiet boy named Samuel Butler moves to town, Hazel finally has the perfect case and the perfect sleuthing partner.

Piecing together clues, Hazel and Samuel are led through Maple Hill's past and present, and even as neighbors point fingers at one another, Hazel is relentless in her search for the truth. But when secrets emerge about the people of their town and about Samuel himself, Hazel begins to wonder: What happens when the truth is not what it seems? 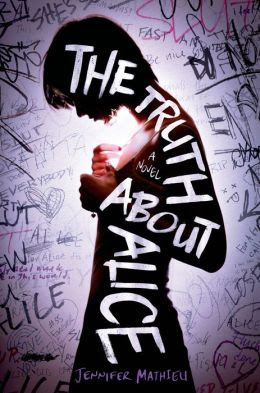 The Truth About Alice by Jennifer Mathieu
Everyone knows Alice slept with two guys at one party. But did you know Alice was sexting Brandon when he crashed his car? It's true. Ask ANYBODY.

Rumor has it Alice Franklin is a slut. It's written all over the bathroom stall at Healy High for everyone to see. And after star quarterback Brandon FitzSimmons dies in a car accident, the rumors start to spiral out of control.

In this remarkable debut novel, four Healy High Students - the girl who had the infamous party, the car accident survivor, the former best friend, and the boy next door - tell all they know.

But exactly what is the truth about Alice? In the end there's only one person to ask: Alice herself. 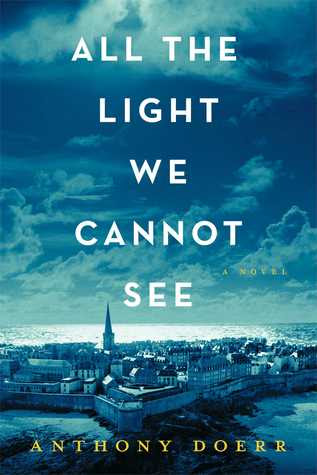 All the Light We Cannot See by Anthony Doerr
Marie-Laure lives with her father in Paris near the Museum of Natural History, where he works as the master of its thousands of locks. When she is six, Marie-Laure goes blind and her father builds a perfect miniature of their neighborhood so she can memorize it by touch and navigate her way home. When she is twelve, the Nazis occupy Paris and father and daughter flee to the walled citadel of Saint-Malo, where Marie-Laure's reclusive great-uncle lives in a tall house by the sea. With them they carry what might be the museum's most valuable and dangerous jewel.

In a mining town in Germany, the orphan Werner grows up with his younger sister, enchanted by a crude radio they find. Werner becomes an expert at building and fixing these crucial new instruments, a talent that wins him a place at a brutal academy for Hitler Youth, then a special assignment to track the resistance. More and more aware of the human cost of his intelligence, Werner travels through the heart of the war and, finally, into Saint-Malo, where his story and Marie-Laure's converge.

This Week, On The Reading Hedgehog......

Email ThisBlogThis!Share to TwitterShare to FacebookShare to Pinterest
Labels: Stacking the Shelves