Ariadne is destined to become a goddess of the moon. She leads a lonely life, filled with hours of rigorous training by stern priestesses. Her former friends no longer dare to look at her, much less speak to her. All that she has left are her mother and her beloved, misshapen brother, Asterion, who must be held captive below the palace for his own safety. 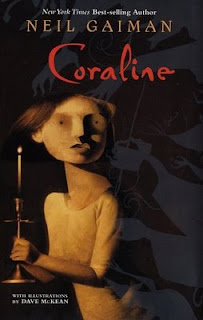 When Coraline steps through a door to find another house strangely similar to her own (only better), things seem marvelous. But there's another mother there, and another father, and they want her to stay and be their little girl. They want to change her and never let her go. Coraline will have to fight with all her wits and courage if she is to save herself and return to her ordinary life.

I saw the movie before I read the book, and I'm neither happy nor unhappy that I did. I've rarely said this, but this story is one those where I liked aspects in the movie better, and I liked aspects of the book better. In many ways, the movie was more sinister, but in other ways, the book was darker. In any case, there is no denying that Coraline is creepy. So Neil Gaiman was successful in that instance, and I tip my hat to him. I wouldn't say the book will give you nightmares - if you're a really young kid, it might; the movie certainly will, - but it will make you shiver pleasantly under your covers, and you might have an issue with buttons for a while afterward. I don't normally like nightmarish-quality stories, but I have to admit that there was something about Coraline - in both the book and the movie - that I liked. It's not demonic or Satanic, and while it certainly is weird, it's a weirdness that works and has a purpose in the story.

There's also the fact that it plays upon a thought we've all had some point in our life, be it when we were five years old and in a rather cross mood because our mom said we couldn't have any ice cream, or when we were seventeen and our dad said we had to be home at a certain hour. At some point, we've thought: wouldn't it be nice if there was another house, with another mother and father who always gave us what we wanted, who cooked our favorite foods, and who let us go out to a late-night movie? And Coraline presents us with this "what if" - and then shows us that something that seems absolutely perfect, there is usually a heavy price. Scary to think about, right? But kind of a fun scary.

The only really big flaw I saw in Coraline was the fact that our heroine, Coraline, seems to take things as they come pretty benignly. Oh, the book says she's scared and she's putting on a brave face, but come on - any child who walked through a door and met a person with button eyes is going to either scream and back up several steps really rapidly. And after all the bad things that happen to Coraline, when a creepy crawly hand comes scratching at her window, Coraline goes back to sleep! Sorry, but no child would react to a hand at the window like that.

So, a heroine who is as cool as a cucumber about things is my main complaint. Other than that, I liked this creepy dark story, and while it may not sound like your cup of tea, I would encourage you to pick it up sometime and just give it try. You may be surprised.

Xander's classmate Karim tells him about a famous amulet carved in the shape of Thoth, the Egyptian god of time. It as thought to be so powerful that it could turn back time one day every hundred years.

A new school comes with new friends and new enemies, and lucky for Mickey, it also comes with a great new girlfriend, Ashley. For a while, it seems like Mickey's train wreck of a life is finally improving - until Ashley vanishes without a trace. Unwilling to let another person walk out of his life, Mickey follows Ashley's trail into a seedy underworld that reveals that 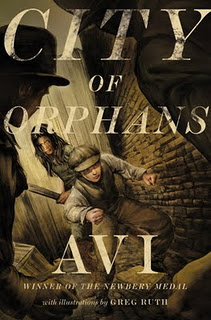 The streets of 1893 New York are full of life: crowded, filthy, and dangerous. If you are a newsboy like thirteen-year-old Maks Geless, you need to watch out for Bruno, leader of the Plug Ugly Gang, whose shadowy, sinister boss is plotting to take control of all the newsies of the Lower East Side. 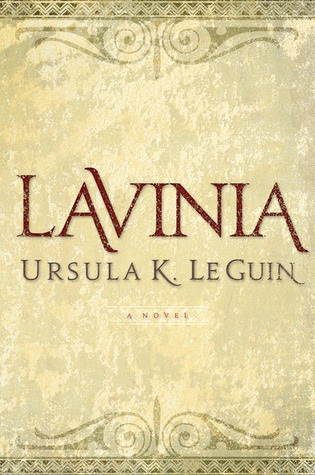 
In The Aeneid, Vergil's hero fights to claim the king's daughter, Lavina, with whom he is destined to found an empire. Lavina herself never speaks a word in the poem. Now Ursula K. Le Guin gives her a voice in a novel that takes us to the half-wild world of ancient Italy, when Rome was a muddy village near seven hills. Lavinia grows up knowing nothing but peace and freedom, until suitors come. Her mother demands that she marry

Xena and Xander Holmes have been looking forward to their vacation in the peaceful country village of Blackslope. But when a huge monster begins to terrorize the town, the young detectives are faced with a mystery that seems impossible to solve.


Percy is confused. When he awoke from his long sleep, he didn't know much more than his name. His brain fuzz is lingering, even after the wolf Lupa told him he is a demigod and trained him to fight with the pen/sword in his pocket. Somehow Percy manages to make it to a camp for half-bloods, despite the fact that he has to keep killing monsters along the way. But the camp doesn't ring any bells with him. The only thing he can recall from his past is another name: Annabeth. 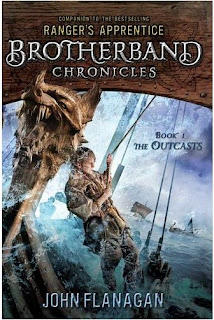 Hal never knew his father. A Skandian warrior, he died in battle when Hal was a young boy, but his reputation lives on long after death.

Hal, unlike his esteemed father, is an outcast. In a country that values physical strength over intellect, Hal's ingenuity, and the fact that his mother was an Araluen slave, only serves to set him apart from the other boys his age. 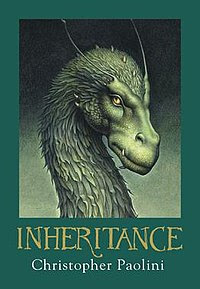 Not so very long ago, Eragon - Shadeslayer, Dragon Rider - was nothing more than a poor farm boy, and his dragon, Saphira, only a blue stone in the forest. Now, the fate of an entire civilization rests on their shoulders.