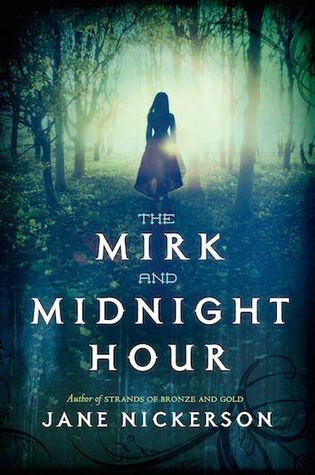 
Seventeen-year-old Violet Dancey is left at home in Mississippi while her father fights in the war against the North - a war that has already claimed her twin brother. Grieving and adjusting to life with a new family - a love-crazed stepsister, laudanum-addicted stepmother, and two cousins she doesn't quite know how to handle - Violet feels like a stranger on Scuppernong Farm.

When she comes across a severely injured Union soldier lying in an abandoned, vine-shrouded lodge, things begin to change. Thomas is the enemy - one of the men who might have killed her own brother - and yet she's drawn to him; their time together, deep in the wild forest, feels enchanted.

But there's an uneasiness, too: Violet isn't Thomas's only visitor. Someone has been tending to his wounds - keeping him alive - and it becomes chillingly clear that this care hasn't been out of compassion. Against the dangers of war and the ominous powers of voodoo, Violet fights to protect her home, her family, and the man she's begun to love.


Cover Blurb: Yes or No? I love, love, love the cover! It sets the right ambiance; all mysterious and surreal and dreamlike.


Characters: I loved Violet. She was sensible and intelligent and practical and just so very relatable. I never once got frustrated with her. She was an awesome protagonist. Her initial dislike for her stepsister Sunny and laudanum-addicted stepmother made absolute sense; it took me awhile to warm up to Sunny. And I appreciated her perceptiveness when it came to Dorian's true character. The other characters were all equally amazing. Like I said, it took me awhile to warm up to Sunny; she was pushy and kind of rude and jealous of Violet at first. But as the story progressed, Sunny showed her better nature, and like Violet I was able to take her as she was. I was intensely suspicious of Dorian the moment he stepped into the story. He was too charming, too apt at slipping into whatever persona he needed depending on what company he kept, and too quick to accept what Violet said about his behavior towards Seeley. I enjoyed hating him. Seeley was an adorable, shy, curious kid; I immediately loved him. Then there's Thomas, the wounded Union soldier. There was nothing to not like about him. Also intelligent, kind, and sensible, I loved him the moment he came into the story. The Mirk and Midnight Hour kind of lacks a villain. There are people with harmful intent, but they're not exactly evil. Even so, they were scary.

The Romance: Violet and Thomas fall in love with each other. In terms of page-length, it doesn't take very long. But a fair amount of time is supposed to have passed in the book, the romance isn't completely rushed. I loved Violet and Thomas together, and I loved their relationship. It felt genuine, deep, and heartfelt. The romance was the weak point in Strands of Bronze and Gold, but it is the strong point in The Mirk and Midnight Hour.

Plot: Violet Dancey lost her twin brother to the War Between the States. And now her father is off to join the rebels, too, leaving her at Scuppernong Farm in Mississippi with a laudanum-addicted stepmother and prim stepsister whom she didn't like as a child. Then her young cousin Seeley comes to live with them, taking Violet's brother's place, and with him comes their older cousin Dorian. Charming, handsome, eligible. Violet doesn't want this new family, but over time she begins to accept them. But then she and Seeley find a wounded Union soldier in an abandoned hunting lodge in the woods. Violet knows she should hate Thomas - he might have very well killed her brother - but as she furthers her acquaintanceship, she finds that she can't. And then it becomes very apparent that she and Seeley are not the only visitors Thomas has. Someone has been healing his wound. But it isn't out of kindness. This is a retelling of the Scottish ballad Tam Lin, which splashes of Cinderella. Tam Lin was never one of my favorite ballads. I liked it well enough, but could never rank it among my favvies. I've read a lot of retellings of it, some good and some rather lame. The Perilous Gard is the best, but The Mirk and Midnight Hour now sits as a strong rival on my list. It was awesome! The Civil War setting worked astonishingly well, and replacing the Fey with voodoo actually added a much, much creepier feel to the whole thing. Let's face it - voodoo is creepy! In a totally awesome way, of course, but it's got to be some of the scariest stuff ever. My biggest complaint with the plot was that it took a little too long for Violet and Seeley to find Thomas. The Author spent a good portion of the book's beginning setting up dynamics with Sunny and Violet, and then the situation with Dorian and Seeley. It all worked in the end; all of this setup fleshed out the characters, the world, the situations. But I did spend a long time just wanting Thomas to show up. This is probably my own impatience and anticipation getting the better of me. And it will probably happen to all of you. But I can't fault the Author for taking the time to let her Readers know her characters and the world. Once we meet Thomas, things really start to pick up with everything. No one is as they seem, things become quite perilous, and so on and so forth. I didn't get bored, even when I was wishing it would introduce Thomas sooner.

Believability: Not really applicable, though the Author's historical details were done quite well.

Writing Style: First person, past tense. Jane Nickerson is a really good writer. She can conjure up vivid images with her stunning descriptions. I was totally swept away by her writing. This book pulsed with voodoo ambiance and richness.

Content: Violet and Thomas almost do it (sort of; it would be a bit of a spoiler if I explained what really happened). But no details are given.